An immune system gone haywire may be doing more damage than the coronavirus itself in patients with the severest forms of Covid-19, doctors and scientists say, a growing theory that could point the way to potential treatments.

Much remains unknown about the path the virus takes in the sickest patients, but an increasing number of experts believe a hyperactive immune response, rather than the virus, is what ultimately kills many Covid-19 patients.

The out-of-control immune response eventually causes the patients’ lungs to stop delivering oxygen to the rest of organs, leading to respiratory failure and in some cases death, the experts say. The malfunctioning immune system may be driving the rapid decline in lung function experienced by some patients, including younger and relatively healthy ones, after the initial onset of symptoms, doctors say. 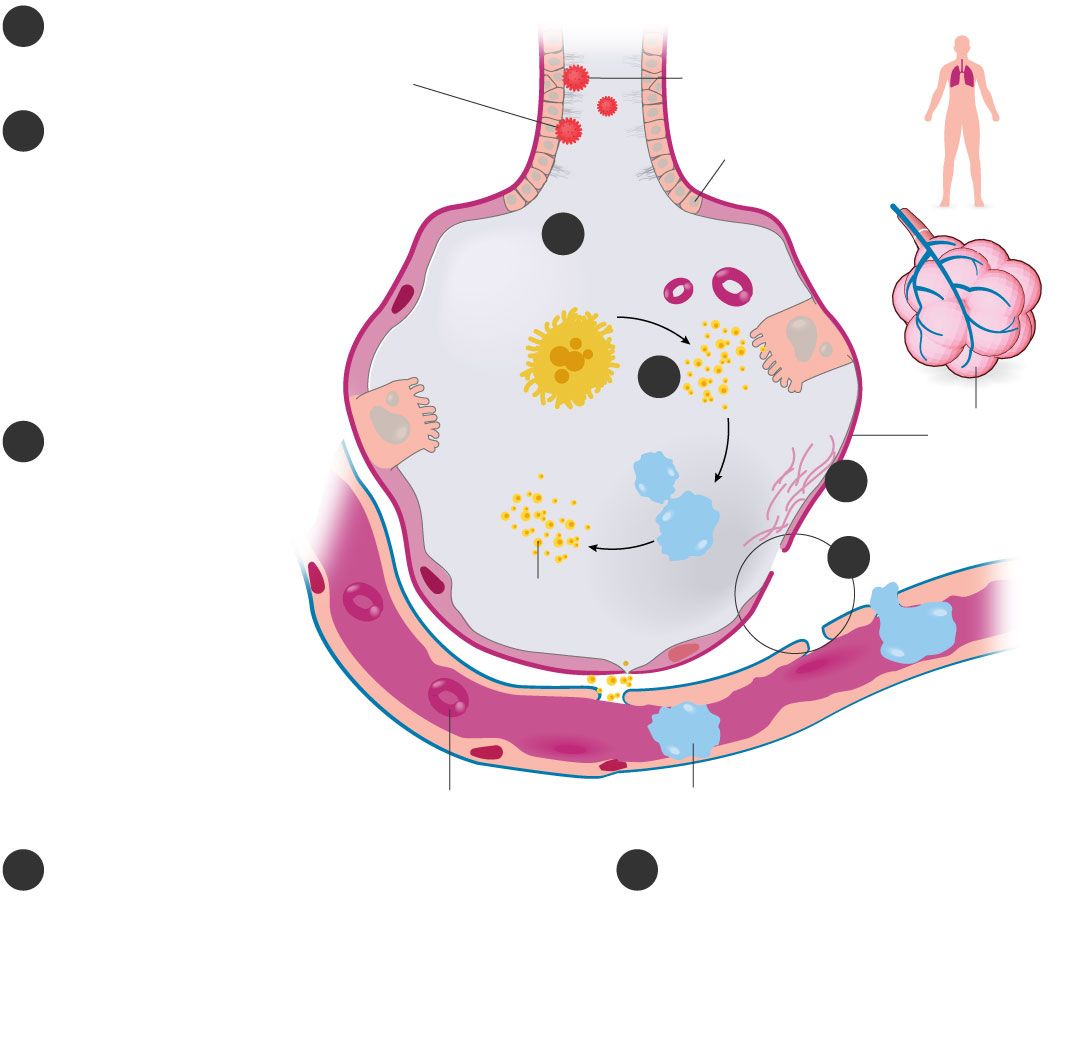 Immune cells, including macrophages, identify the virus and produce cytokines, part of the body's inflammatory response against infection.

Cytokines attract more immune cells, such as white blood cells, which in turn produce more cytokines, creating a cycle of inflammation that damages the lung cells.

Damage can occur through the formation of fibrins, scar tissue that impede oxygen from passing into the bloodstream.

As scientists race to better understand the phenomena, pharmaceutical companies including Roche Holding AG are partnering with hospitals to explore whether drugs proven to tamp down an out-of-control immune response could help the sickest Covid-19 patients.

Some doctors are already administering the drugs to patients who are unable to breathe without the support of ventilators, or to prevent deterioration of patients who appear ready to slip into respiratory failure.

“You remove one piece of the storm, and it can quiet the whole thing,” said Kevin Tracey, president of the Feinstein Institutes for Medical Research at Northwell Health, which is testing Kevzara, an anti-inflammatory drug from Regeneron Pharmaceuticals Inc.

Doctors have used the term “cytokine storm” to describe an overactive immune response triggered by external pathogens such as bacterial and viral infections.

Proteins called cytokines are part of the immune system’s arsenal for fighting disease. When too many are released into the bloodstream too quickly, however, it can have disastrous results, including organ failure and death.

As with other diseases, it is a mystery why cytokine storms are experienced by some but not all Covid-19 patients, doctors say. Genetics may be a factor.

In the most severe coronavirus patients, the disease appears to have two stages, doctors and researchers say. First the immune system fails to respond quickly or effectively enough to the virus. Then the immune response becomes too aggressive and floods the body with cytokines.

The surge of cytokines damages blood vessels and allows fluids to seep into the lungs, filling them up like water balloons, doctors say.

“The virus initiated it,” said Ya-Chi Ho, an assistant professor at the Yale School of Medicine who studies infectious diseases. “The second problem is our immune system handled it wrong, and induces this cytokine storm and clogs our lungs. That’s why patients die.”

Drugs called corticosteroids can be used to treat patients with cytokine storms, but studies are mixed on their effectiveness, with some studies indicating that Covid-19 patients may be at a higher risk of death when treated with steroids. Some doctors are reluctant to use steroids because they broadly dampen the immune response, which is risky in patients fighting infections.

Drugs targeting specific cytokines rather than the entire immune system may be more effective, doctors say.

Among the most promising targeted treatments, doctors say, is Roche’s rheumatoid-arthritis drug tocilizumab, which is marketed under the brand name Actemra. The drug was approved in 2017 to treat cytokine storms caused by cancer treatments known as CAR-T cell therapies.

On Tuesday, a federal agency that supports health research said it is committing $25 million to accelerate a late-stage study of Actemra in Covid-19 patients.

Last month, doctors from Seattle’s Swedish Health Services used Actemra to treat a 45-year-old emergency-room physician who was infected while caring for patients from a nursing home in Kirkland, Wash.

The man was transferred to Swedish and put on life support after his lungs and kidneys began to fail, said Samuel J. Youssef, a cardiothoracic surgeon at Swedish. Lab tests showed the man’s inflammation levels were 200 times greater than the normal range, indicating he might be suffering from a cytokine storm.

The doctors at Swedish decided to administer Actemra after discussing a small Chinese study that had shown that 21 Covid-19 patients with high levels of inflammation had been successfully treated with the drug.

Over the next two days, the patient’s inflammation levels began to decline and his blood-oxygen levels increased, Dr. Youssef said. After a week, he was well enough to be taken off life support on March 23, and was released from the hospital on Sunday.

“All we did was quiet the storm and support his body—his kidneys, his lungs, his heart—to give him the time to fight the virus,” said Dr. Youssef, who attributes the recovery both to Actemra as well as other interventions like being put on life support.

CytoDyn Inc., a Vancouver, Wash.-based biotech company, said 10 severely sick Covid-19 patients showed signs of recovering three days after being infused with its experimental HIV drug leronlimab, which may block the production of inflammatory cytokines. Three of the patients were taken off ventilators, including two who have since been discharged from care, according to CytoDyn.

The company is studying its drug in a trial for patients with mild-to-moderate symptoms and expects to start one for severely sick patients.

Novartis AG and Incyte Corp. said they plan to start clinical trials of their drug ruxolitinib in Covid-19 patients with cytokine storm. The drug, marketed as Jakafi in the U.S., is approved to treat rare blood cancers.

Write to Joseph Walker at joseph.walker@wsj.com and Jared S. Hopkins at jared.hopkins@wsj.com