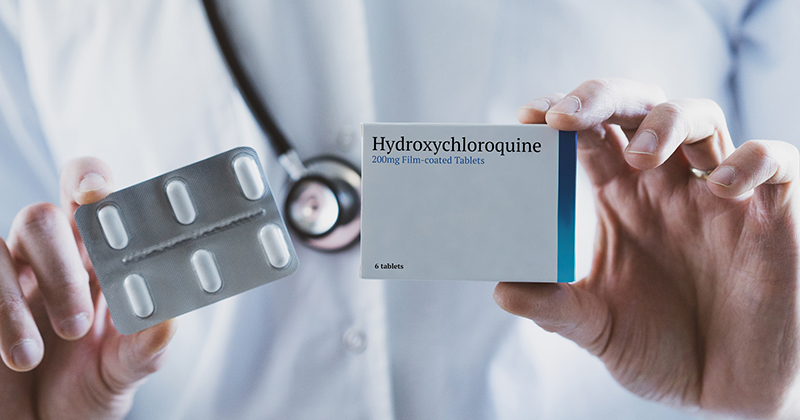 Doctors in Los Angeles and Denver are reporting that hydroxychloroquine in combination with azithromycin or zinc appears to have helped their sick coronavirus patients become “symptom free” within hours.

Dr. Anthony Cardillo said he has seen very promising results when prescribing hydroxychloroquine in combination with zinc for the most severely-ill COVID-19 patients.

“Every patient I’ve prescribed it to has been very, very ill and within 8 to 12 hours, they were basically symptom-free,” Cardillo told Eyewitness News. “So clinically I am seeing a resolution.”

Cardillo is the CEO of Mend Urgent Care, which has locations in Sherman Oaks, Van Nuys and Burbank.

He said he has found it only works if combined with zinc. The drug, he said, opens a channel for the zinc to enter the cell and block virus replication.

He added that the drug should not be prescribed for those who are presenting only mild symptoms, as there are concerns about shortages for patients with other conditions who need to take the drug on a regular basis.

British author Theodore Dalrymple says the country’s weekly activity of clapping in public for the NHS reminds him of how party members were forced to enthusiastically applaud Communist despots or face being labeled a dissident.

A Denver family physician has been prescribing a controversial medication to his patients, sick with coronavirus, and believes it is yielding positive results. Dr. Constantine Tsamasfyros, who has been a primary care doctor in Denver for nearly 50 years, told CBS4 Investigator Brian Maass he has prescribed a combination of hydroxychloroquine (also known as Plaquenil) and an antibiotic called azithromycin to about a dozen patients over the last few weeks.

“They all did well. They seemed to reverse their symptoms in a day or two,” said Tsamasfyros, who said he “absolutely” believed the medication was working.

“If they’re drowning, you either pull them out of the water or at least throw them a rope to come out,” he said while explaining his decision to prescribe the medication.

[…] [Tsamasfyros] said the medications made sense to him on a scientific level and through his “common sense.”

[…] Asked if he planned to continue prescribing it to patients exhibiting signs of coronavirus, Tsamasfyros said, “absolutely.”

The anecdotal evidence is piling up.

Pick up the next evolution of activated nascent iodine today with Survival Shield X-3 now at 60% off!